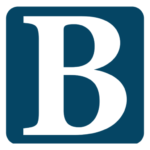 Our Team has excellent experience and are qualified to deliver your requirements down to the finest detail.

We can deliver New Build projects from the ground up or refurbish parts of your property. We can undertake a refresh or fully transform your home into something new.

From formative years Zak had a desire to build a group of distinguished business ventures within the property industry. Zak was given the opportunity to join Wates Construction as a Management Trainee, whilst attending a part-time BSc Construction Management course. Zak trained as Quantity Surveyor but it was clear that his true passion still remained to set up his own business.

Zak always had the drive to shape his own way, during this time Zak cultured the importance of recognising the general standards across the industry that led to unbefitting end results and ultimately client disappointment. He honed his passion for excellence and attention to detail which became the cornerstones of the business he endowed in Belmont Projects Ltd. Zak’s determination on company culture is to provide a superior service, which is understood by everyone within the company. This is a major factor in retaining 100% of its client base and network while expanding rapidly primarily through reputation. Zak’s aim has always been to establish a successful group of companies, to which he has led a young, dynamic and versatile team to assist in achieving this vision.

Jubaer has always possessed a passion for business and development. After he worked alongside his family businesses, assisting in the feasibility, construction and delivery of multiple Residential Developments throughout North London and Bedfordshire. Wanting to make his own way, Jubaer joined Willmot Dixion as a Project Management Trainee, who sponsored him to attend a part-time BSc Construction Management course.

Sharing the same vision, Jubaer and Zak came together and strategised a plan to set up Belmont Projects together. With collective experience in Residential Property Development it was always the objective to open and run a reputable development business. Jubaer understood the benefit of self-developing. Thus, limiting the risk of not being paid by clients and not relying on their relationships with investors. Instead, adding to the portfolio of businesses and spreading risk between constructing/developing in-house and constructing for clients. Jubaer aim has always been in-line with Zak’s, to establish a successful group of construction and development businesses. The next goal in achieving this is to incorporate and grow a large property portfolio.

Anthony joined Belmont Projects as Head of Development, following several years in sales and building client relationships, Anthony has played a big role in providing a great client experience with our recent projects and has implemented a great pipeline of lead generation to continue winning more projects as we move forward. Anthony ensures that all clients and leads are approached with great customer service. And also mindfully taking on projects which have great value for money for the client whilst also being aware of the company’s profit margins. 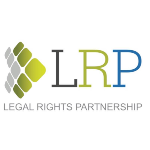